Was created by third generation dragon makers in Hong Kong.

He arrived in Marysville in 2009 and was brought to life the day of the 2009 parade.

Moo Lung (sometimes called Gum Lung) "Dance the Dragon" was our dragon from the mid 1880s until 1937. After being restored he traveled the nation making his debut in New York. Moo Lung currently resides inside the new Bok Kai Temple Museum. 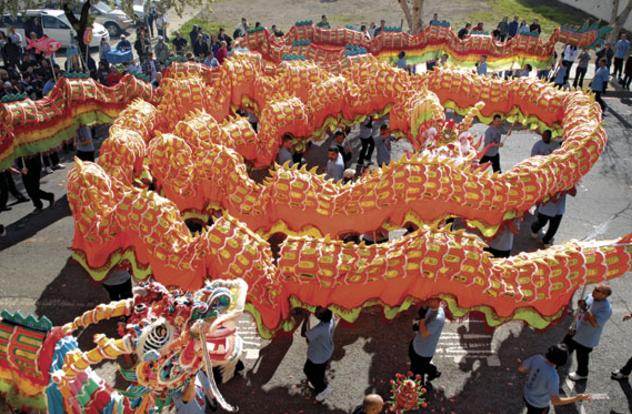 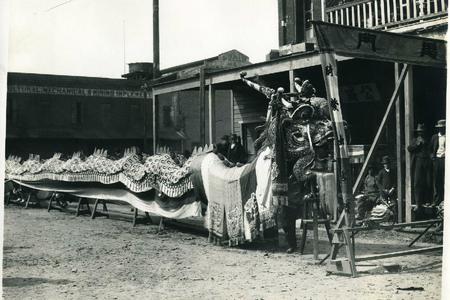 Dragons are legendary creatures in Chinese folklore and mythology. It is believed that dragons symbolize power, excellence, strength, and good luck. They are thought of as the ruler of seas, lakes, and rivers with the ability to offer rain to the earth and allow crops to grow.